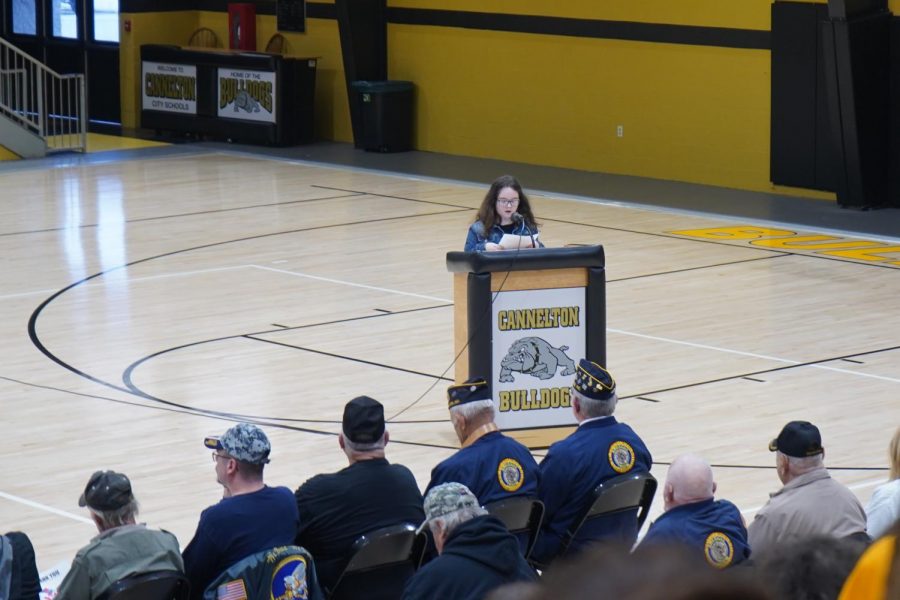 This essay was written by sixth grader Jay Henson, as an entry for the annual VFW essay contest.

Is America great? This is a common question asked by the curious-minded. Some see America as a dark place, full of bad stereotypes and rude people, but look a little closer. Stare a little longer. The great things in America outshine the negative energy that stalls us. The great freedom we have because of the lives lost fighting for it. The equality we have because of the brave, who stood up with courage. America is full of beautiful, kind, and brave people who won’t allow themselves to be torn down by the darkness. Our reputation can not damage our morals and that makes America great.

America is a place of hope. Have you ever heard of the American dream? Immigrants look at this country with stars in their eyes; a glimmer of hope for a better life. This place is a dream for them, something they think they can never have. When they get it, they cherish every second. America is freedom. And Freedom? It’s beautiful. People risk their lives for it. Instead of living in a cage of forced religion and unfair law, we live in a field of expression and choices. That’s the great thing about freedom. You are you, and you’re allowed to be. America is a safe place to figure out who you are, and being who you are is the most important thing you should do.

Equality is a powerful thing. Being accepted is a heart-warming experience. America accepts you as part of the whole. You aren’t thrown out over your skin color, gender, or sexuality. People are like flowers; they may seem similar, but they all have different qualities. In America, those qualities are seen as blessings, and you’re accepted into the bouquet. Everyone is equally their own flower, beautiful and sweet. In some countries, just because you’re a female, you can’t show your face, get a job, or vote, because in their eyes, women are less important than men. People of color are discriminated against, treated as worthless compared to those who are white. But in America, everyone is equal no matter who you are.