Behind the Masks: Playing Ball During a Pandemic 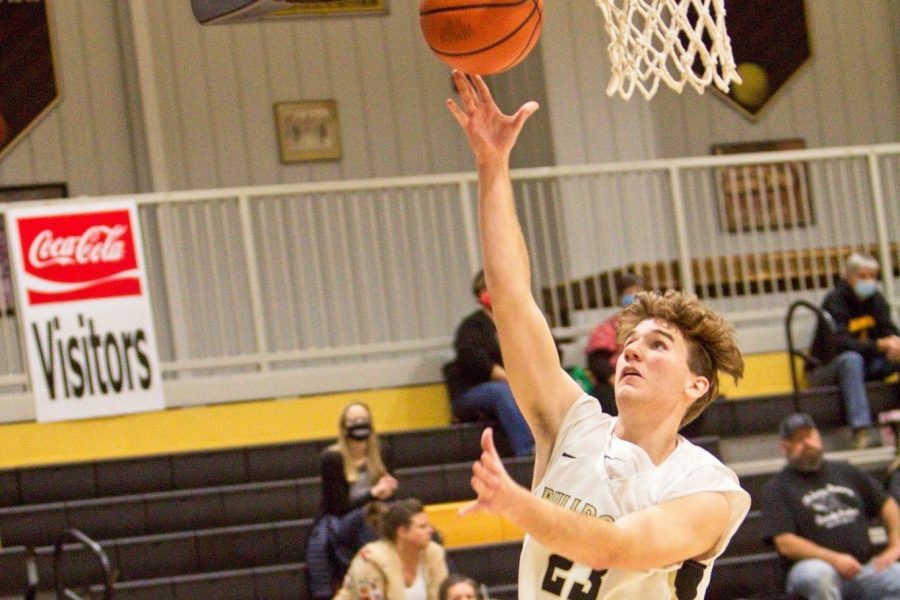 Junior Jhett Garrett gives us a glimpse at what it's like to be a student athlete during the COVID-19 pandemic.

March 13th, 2020… looking back, it is one of the darkest days I can recall. The first, and nowhere near the last, wave of cancellations swept the nation in an attempt to combat the COVID-19 pandemic. I remember leaving for Florida for spring break that day, and as we drove south, the news broke that Universal Studios would be closed down beginning that Sunday, which meant our spring break plans would be severely cut short. Just a couple of days later, our school announced how we would join the many schools around the United States temporarily closing. I was sitting in a Margaritaville restaurant when we found out our school would be shut down until April 5th. It felt surreal because, like many students, I remember being very excited initially. Two more weeks of spring break sounded amazing. However, the domino effect that would soon follow the cancellation of school was going to change the lives of all students across the country.

At that time, there was just so much confusion and so much blindness to the issue that was truly at hand, and what was going to happen because of it. My family and I went to a Flo Rida concert that first night at the amusement park. Looking back, it feels like it was the last normal night of my life.

Normal. A feeling no one has felt for nearly a year now. It blows my mind thinking about how amazing “normal” seems now. How much I would give to go back to normal – to wake up early for school, attend classes, and then go to basketball practice after school – without masks, sanitizing stations, and daily temperature checks.

Thinking back to those last normal days before the pandemic is tough. Basketball had slowly transitioned into baseball, which was short-lived. Eternal Atake was released by Lil Uzi Vert a few days before Spring Break, and that’s all we were listening to at school before practice. Anytime I hear a song from the album, I always think of blaring it with my cousin before baseball practice. I vividly remember our coach (my dad) telling us that when we came back from Spring Break, we were going to start throwing bullpens and picking up the pace at practice.

I never got to throw one last bullpen with my cousin, who was a senior. The senior class was filled with my best friends, who I have grown up with, who I have played ball with for my entire life. This was the baseball season we had all been waiting for; it was going to be the best season our school had in decades. Losing that baseball season with them, a season in which we could have won a sectional, is a heartbreak that I still haven’t been able to get over.

The cancellation of our high school baseball season did not mean that I was done with baseball for the year, as summer travel baseball was just around the corner. That slowly progressed into a horrible experience that nearly ripped my love for the game right out of my heart. COVID wasn’t too much of a factor for us, aside from missing out on our first tournament of the season due to a player testing positive. Our area had not been severely impacted by positive cases, so we played most of our travel baseball season relatively uninterrupted.

The leaves began changing colors and the weather became cooler. School began, and we figured out our new normal for this year – temperature checks everyday, social distancing, masks, and following a lot of protocols. Practices went fine until October, when our school was once again shut down due to a positive test within our system. Everything was put on hold for two weeks, and we began virtual school again. Things went more smoothly this time around, and, to be honest, it was nice to have a break from school. Practices resumed a couple of weeks later, and things went back to normal again. Well, our new normal. Normal now is different than it was just nine months ago.

Right now, basketball games are starting to get cancelled. After being able to play four games thus far, we won’t play again for another few weeks due to these cancellations. We are still practicing, preparing, and waiting for our next game as we speak. But we aren’t sure when that will be. This season, teams can’t be one hundred percent sure that they are even going to play until the day of the game. We could have already played our last game this year, and we don’t even know it yet.

Maybe in an alternate universe somewhere, I got to play that last baseball season with my best friends. I truly hope in that universe, we got to hoist that sectional trophy above our heads, and we brought one home for the city of Cannelton. I can only dream.