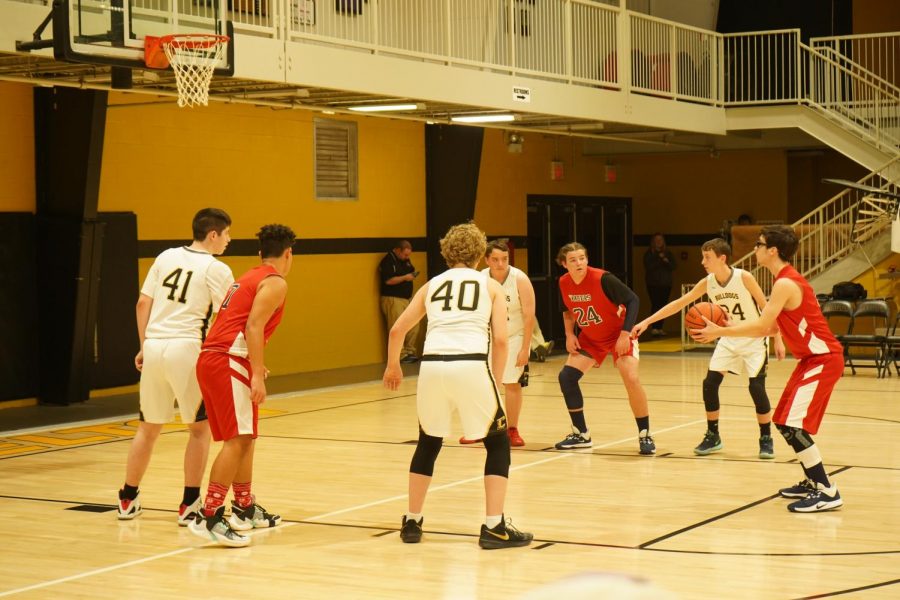 The boys getting ready to block out as opposing teammate shoots.

Our boys stuck with the Rebels the whole game, but fell to them by just a point in the 4th quarter, ending in a 35-34 point loss.

Of those 34 points, Khalill Little lead the team with 18 points. Following Little, Trevor Hale had 9 points. Caleb Hulse hit a 3 point buzzer beater to tie the game at halftime. Brayden Puckett and Josh Mills both had 2 points.

Thursday, December 12th our middle school boys took on the Evansville Racers for the second time this season.

The 8th grade Bulldogs were unable to secure the win, losing to the Racers 52-18.

The middle school boys and girls teams will travel to St. Bernard on Monday, December 16th.